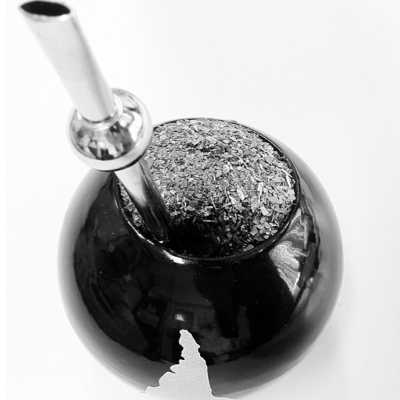 The Yerba mate circle of friendship

One of the (many) things that I miss the most about Brazil are the never-ending afternoons on the streets around a big bucket of water and a circle of friends playing music and sharing a tereré.

Almost every day, at around 18h, when the sun starts to disappear in the horizon and the heat of the day starts to dissipate, me and my group of friends would bring our chairs to the streets, arrange our Yerba Mate and sit around its accompanying bucket of water until the night would come and the cool breeze would slowly send us back inside.

Sharing a tereré, the word used to describe the cold beverage made with Yerba mate, is one of the things that are inherent to any small-town Brazilian in the lower and centre parts of the country. The same goes for those in Paraguay, Uruguay, Argentina and some bits of Bolivia, where the Tupi-Guarani influence has left a huge impression. Yerba mate is one of those herbs that seem to have always been around. With its first European account coming from Spanish missionaries in the 16th century, it is known that Yerba mate was a well-known herb for the millions of people that already inhabited the South American lands prior to the European invasion.

For the communities with Tupi-Guarani origins, Yerba mate was practically a gift from the gods. As the legend says, Yerba mate was given to the daughter of a secluded hunter who had strayed away from its tribe to protect the gifts of his daughter. One day, as the moon goddess, Yasí, and the cloud goddess, Araí, came to visit earth; they were attacked by a yaguareté (a jaguar) and only managed to survive thanks to the help of the secluded hunter, who then took them home to meet his daughter and wife. As the two goddesses arrived, the hunter’s daughter, Yarí, was quick to offer them the last piece of her corn cake. The two goddesses really appreciated the gesture and as a form of retribution the moon goddess, Yasí, one night came to Yarí’s dreams to give her a gift. Yasí gave to the daughter a plant called ‘caá’, which would never let the family feel lonely anymore and that should be for all people a symbol of friendship. She told Yarí that from then onwards she was to be the plant’s protector and, after teaching Yarí how to prepare the Yerba mate drink, left towards the skies.

Guarani communities around the basins of the rivers Paraná, Paraguay and Uruguay were probably the first to make use of the Yerba mate. It is known, however, that these communities were also exchanging these herbs with other communities from as far as the Incas and the Mapuches. They would all see in the Yerba mate a source of energy and health and, as the myth had taught them, a symbol of friendship. The Yerba mate was to always be drunk in sharing circles to honour the friendship it symbolized.

When the Spanish invaded the Tupi-Guarani communities, the Yerba mate culture had a sudden rupture. The Jesuits that came to the regions where it grew most abundantly, had come to the conclusion that the herb was a symbol of the devil and that all who took it should be punished. Those from the indigenous tribes would suffer 100 whips if caught drinking the herb while those from European descent should pay a fine of 100 pesos. After two decades with such regulations, however, the consumption of the herb did not decrease. On the contrary, it seemed to have increased as the Europeans were now curious to try this devilish herb. Realizing the herb and its culture could not be abolished, the Jesuits then decided on a major shift of policies. From then on they would not only allow the consumption of the herb as they would also start to commercialize it.

At that point, Yerba mate became a business and for the first time its growth was domesticized. The Jesuits became major traders of the herb, holding its monopoly up until they were forced to leave South America in 1768. From then on, it was other European immigrants who took over the production and exportation of the herb, which continues up to nowadays. Currently, Argentina is the biggest exporter of Yerba mate, followed by Brazil and Paraguay.

Despite the sudden commercialization of the herb and attempts at breaking the culture associated with it, Yerba mate is still massively consumed by people in the regions where the Tupi-Guarani people first tried the herb. To have an idea, one person in Uruguay consumes on average 8 kg of Yerba mate per year! In Uruguay people drink the herb even while cycling, holding both the cup with the herb and the water gallon on their hands. The habit of drinking the herb individually is not that common in the other countries where the Yerba mate culture is still present though. All through Argentina, Paraguay, Bolivia and South of Brazil the myth of the Caá Yarí is still present and honoured. As it was for me, all around these different countries drinking Yerba mate is still a matter of sharing and friendship.

The Yerba mate plant was first classified by the French naturalist Augustine Saint-Hilaire in 1819, who named it Ilex paraguariensis. Since its classification, many studies have been conducted regarding its properties. Following the knowledge from the Tupi-Guarani people, researchers in academia were set on studying the energizing and revitalizing properties of the plant. So far, all studies seem to suggest that the plant may indeed be a health booster when it comes to its properties. For instance, Yerba mate is known to be rich in antioxidants with an antioxidative power slightly higher than that of green tea.  Furthermore, it has been suggested that Yerba mate may help burn body fat with studies showing that 1 capsule of Yerba mate prior to exercise leads to 24% more fat being burned. It may also aid against infection, boost the immune system and lower blood sugar levels and the risk of heart disease.

Yerba mate: how do I take it?

Typically, Yerba mate can be consumed in either one of two ways: mixed with hot water or mixed with cold water. Back in Brazil, the mix of mate and cold water is called tereré (what I used to have during my upbringing) and the mix of mate and hot water is called chimarrão. Tereré is typically drunk in warmer regions whereas chimarrão is commonly drunk in cooler regions. When the drink is made with hot water, the maker needs to make sure that the water does not boil or reaches temperatures over 85 degrees Celsius as this would hinder the solvency power of the drink.

Apart from just mixing the herb with water, some may choose to add extra ingredients to the drink. In my region, for instance, it is common for people to add a bit of lemon and sugar to the mix as the herb can sometimes taste a bit too bitter. In Argentina, on the other hand, it is common sometimes to not add water at all, but instead use different types of juice or even hot milk. In some cases, people may even use a grapefruit instead of a cup to add some extra flavour to the typical recipe. In this case, a hole is made into the grapefruit into which the herb is fitted and the water is poured. Different regions will always have slightly different methods of Yerba mate preparation and the procedures will always be a matter of debate when people from different regions meet up to engage in a Yerba mate circle. What really matters at the end, nevertheless, is the sharing principle in which many shall come together to drink from the Yerba mate cup.

For a typical Yerba mate experience a bombilla is also required. The bombilla is a metal straw which has its own filter on one of its ends. Usually, when preparing the Yerba mate drink one fills ¾ of a cup with Yerba mate and fills the rest with water. Before pouring the water, the mate in the cup is shaken and the cup is placed at 45 degrees inclination. The inclination should lead to the formation of a region in the cup where not much herb is present. It is in this empty region that the water will be poured. After pouring the water and waiting a few seconds, the bombilla is inserted in the region where there is less herbs. The idea is that from this point onwards you won’t move much the bombilla around and will keep on refilling the cup with water as needed.

The secret of the Yerba mate is the music

A good (but optional) addition to a Yerba mate circle is a guitar and some willing voices. The number of people sharing the mate is not predetermined. Be it you and another friend or the entire neighbourhood, the Yerba mate circle is guaranteed to let you spill out your thoughts, have some laughter and some well-needed moments of thoughtful silence.

Coffee Alternative from € 8,00 Student Discount Collect 1 Spacemiles In stock Ordered before 16:00, delivered tomorrow
View all products in our category Energy
Also interesting Read these too
24-02-2021 6 minutes 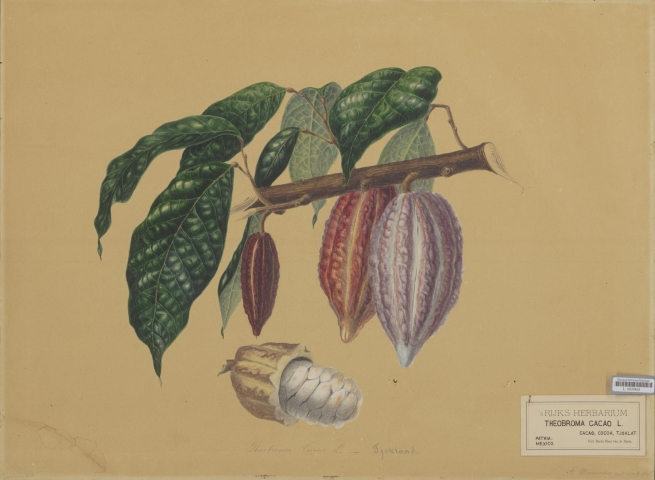 Blog User Reports User Report: Bionix Cocoa Power For this trip report, I share my experience with a natural smartdrug based on a pure cocoa extract, supplemented with plant extracts of bitter orange, [..] 08-07-2021 8 minutes 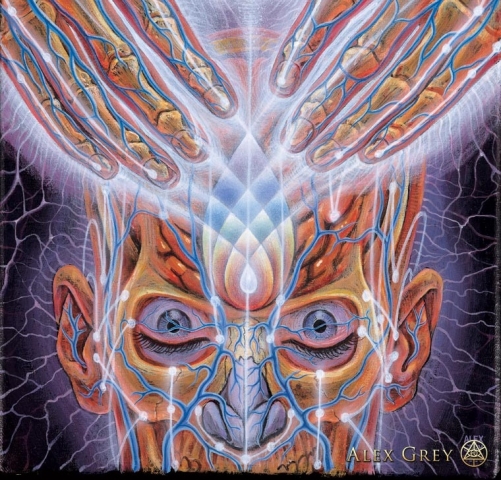 Blog Psychedelics Meet the Godfather of MDMA: Alexander Shulgin Thanks in part to the Internet, I've learned that there are many more sides to one story. As an adolescent, a door opened for me when I realized h [..] 21-07-2020 7 minutes 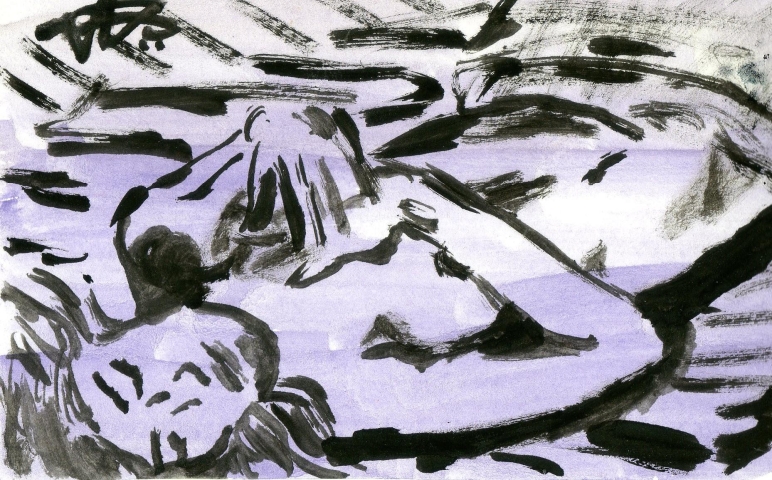