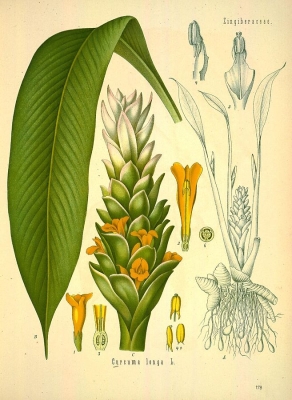 Can you treat depression with a turmeric supplement?

The wide range of turmeric supplements is flying around you like leaves in Autumn. You can find them in every drugstore and the level of quality varies greatly.  It can also be difficult to determine which product best suits your needs.
Are you depressed and looking for ways to treat yourself naturally? Then a high-quality organic turmeric supplement may be of interest. Read about the benefits of turmeric based on preliminary research in this blog.

Worldwide, people are struggling with some form of depression. In 2017, the WHO (World Health Organization) announced that depression is the leading cause of disability and global ill health. With more than 300 million people struggling with depression, it could be called an epidemic at the time. This condition was ranked number one among the most common mental disorders.

Meanwhile, several years later, the search continues for ways to effectively treat depression. The common way of psychotherapy combined with antidepressants, proves insufficient. More is needed to pull out the root of the problem.

When we talk about depressive disorder, the following characteristics are mentioned:

Depression is part of our times and is linked to prosperity. Is it true that more luxury reduces the experience of happiness?

Although it sounds paradoxical, this study (Dutch) shows that in countries where prosperity is high, the number of suicides increases dramatically. One hundred different countries were compared, of which the richest countries also suffer the most from depression and suicide.

The study, published in the British Journal of Psychiatry, talks about the so-called vulnerability paradox: the relationship between wealth and suicide.

More affluence also means more individuality and this results in greater mental blows, when something goes wrong in life. Poor countries have a strong social circle, which provides a stronger safety net for those who need protection.

Also, for many, the mental pressure that many people experience means that it can become increasingly difficult to relax and be happy.

The researchers suggest that people from poorer countries are better able to put things into perspective when hit by adversity. Corruption, shorter life expectancy and infant mortality are more common there, so there is a certain habituation. In the West, everything has to be "perfect" and since this is obviously not possible, acceptance of reality is a lot harder, resulting in increased chances of depression.

One element that contributes to human happiness is nature. Although its power can also be destructive, we experience nature as a source of inspiration and draw happiness from walks in the woods, the smell of a carpet of leaves and the sound of a running stream.

Countries where prosperity is high have inhabitants who are for the most part indoors, moving around in artificial spaces and staring at a screen day in and day out. The work pressure is so high that there is simply no time to unwind and simply enjoy the silence and each other. We have coined terms like "unwind" to emphasize that we have become alienated from our true nature.

And forgetting who you are contributes to developing a dark view of reality and fosters depression.

Prevention rather than cure, that should be the motto of every doctor. The Western medical world maintains a somewhat old-fashioned view, but society is slowly but surely beginning to see that diseases can also be prevented by eating healthy.

Turmeric is an interesting natural medicine that can be taken preventively to protect the body from disease and make it more resilient.

In the West, healing with natural products is still less obvious. However, there is clearly a trend underway, with the Westerner showing more interest in alternative and complementary medicine.

Andrew Weil is a doctor who advocates alternative forms of medicine. He has written several books, including The Natural Mind: An Investigation of Drugs and the Higher Consciousness. The psychonauts among us will surely have heard of this man before; he also links the importance of good health to psychedelics and has written many articles about this that can be found on Erowid, among others.

He, too, has something to say about the relationship between turmeric and depression in the article "Turmeric for Depression”?

The active ingredient curcumin improves nerve growth in the frontal cortex and hippocampus in the brain. As a physician, he strongly believes in the medicinal effects of turmeric and regularly prescribes it as a supplement. It could be an interesting tool for the treatment of Alzheimer's.

He further points out the importance of combining turmeric and black pepper for better absorption. Take an organic supplement like these capsules from Taka Turmeric, supplemented with black pepper.

He recommends combining a turmeric supplement with other natural remedies to improve your mood. A good example is St. John's wort, a plant known within folk medicine as a natural antidepressant.

Combine turmeric with Mood Doctor for a better state of mind

Sirius uses an extract of St. John's wort in its Mood Doctor capsules. Mood Doctor has been the natural remedy for feeling down for decades now. Also called 'Little Life Savers', because many consumers have benefited greatly from these capsules. Mood Doctor helps your body to produce more serotonin and in this way works as an effective mood enhancer. 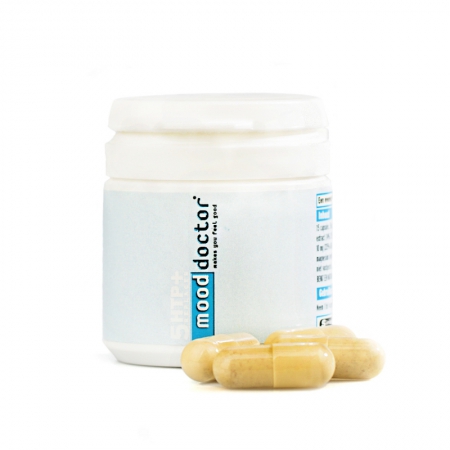 India is characterized by its rich food culture where the emphasis is on fresh, color and spices. Not surprisingly, there remains a deep-rooted knowledge among the population about nutrition and health. The Western world has gained much inspiration and knowledge about food as medicine in recent decades. A long and happy life is strongly related to what your diet looks like. Traditional medicine ayurveda insists on the importance of natural healing power.

Turmeric (Curcuma longa) plays an important role in ayurveda as a medicinal herb. It is also known as “yellowroot” because of its bright yellow to bright orange color. Turmeric is a spice and is frequently used in many Indian dishes. Curry also owes its color to turmeric. The spice is valued not only for its color and mildly spicy flavor, but also for its ability to prevent and cure numerous diseases and ailments. Turmeric is related to ginger.

Meanwhile, medical science has taken an interest in turmeric and there are several studies that show that the spice's contents are very interesting.

Foods with bright colors often indicate strong medicinal properties. Turmeric's bright color is therefore an indication of its efficacy. The compounds responsible for its medicinal effects are curcominoids, the most prominent of which is curcumin.

Research shows that turmeric is able to wipe out oxygen and nitrogen radicals. This improves the body's protection against pathogens.

Furthermore, research shows that curcumin has an anti-inflammatory effect. Numerous diseases develop when the body is subject to inflammation.

Human clinical studies show that the active ingredients in turmeric, including curcumin, are difficult for the body to absorb. By adding piperine, the compound found in black pepper, turmeric is made more bioavailable. The turmeric supplements for sale at Sirius all take advantage of this fact and combine a turmeric extract with black pepper. Another effective way for better absorption of curucumin is by using fat. 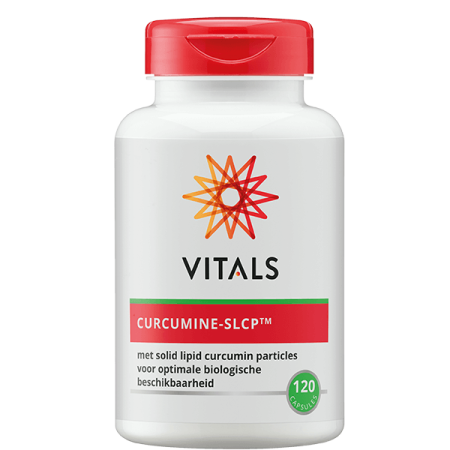 Conclusion of the Scientific Review

The study Curcumin in Depression: Potential Mechanisms of Action and Current Evidence-A Narrative Review provides an overview of the potential therapeutic effects of turmeric in the treatment for depression.

There is a need for alternative and complementary forms of therapy and a different perspective on the prescription of antidepressants. Both the patient and the medical care system run into certain obstacles, such as unwanted side effects and the relatively high risk of relapse.

Alternative forms of treatment, such as turmeric, offer new possibilities and address other physiological aspects of the body. The anti-inflammatory effects of curcumin may have a protective effect against brain deterioration and, in this way, may be preventive against depression. Indeed, the deterioration of the brain has a link with this mental disorder.

Possibly, curcumin plays an important but complex role within the treatment for depression. On many different levels, curcuminoids may help in strengthening the body, by counteracting inflammation and slowing brain deterioration.

Are you taking a turmeric supplement?

As Dr. Andrew Weil recommends, taking a turmeric supplement is beneficial for many reasons. It is still too early to make any firm statements about this Indian spice, as current science has not reached far enough to draw a clear conclusion.

New in our product range € 28,00 List price € 32,95 Student Discount Collect 5 Spacemiles Not in stock Possibly in stock in one of our shops
Planet Paleo

€ 41,95 Student Discount Collect 8 Spacemiles Not in stock Possibly in stock in one of our shops
MediHemp

€ 18,50 Student Discount Collect 3 Spacemiles Not in stock Possibly in stock in one of our shops
View all products in our category Healthshop
Also interesting Read these too
17-05-2021 8 minutes 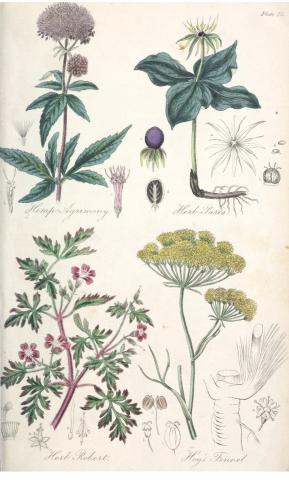 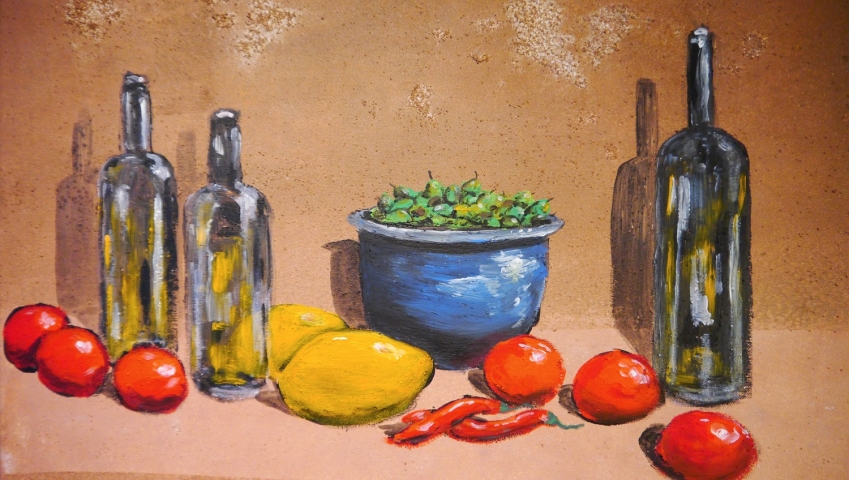 Blog Magic Mushrooms How do I preserve my Magic Mushrooms? Being self-sufficient gives a feeling of freedom. It may have something to do with the realization that you don't have to be completely dependent [..] 04-08-2020 9 minutes 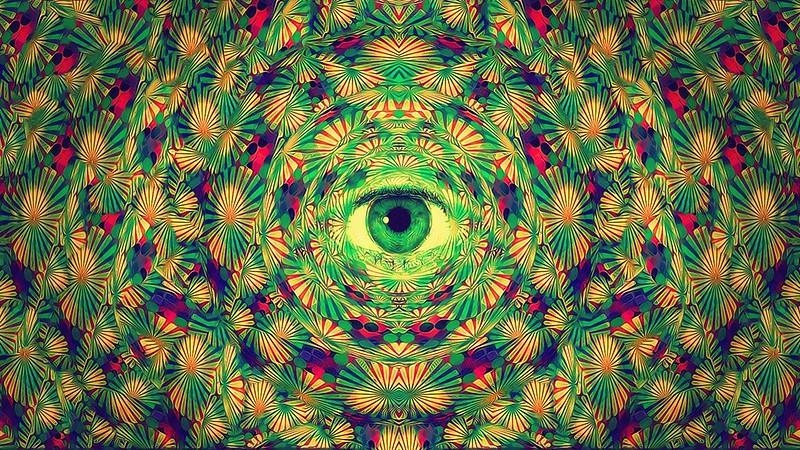