What are Magic Truffles and how do they differ from Shrooms? 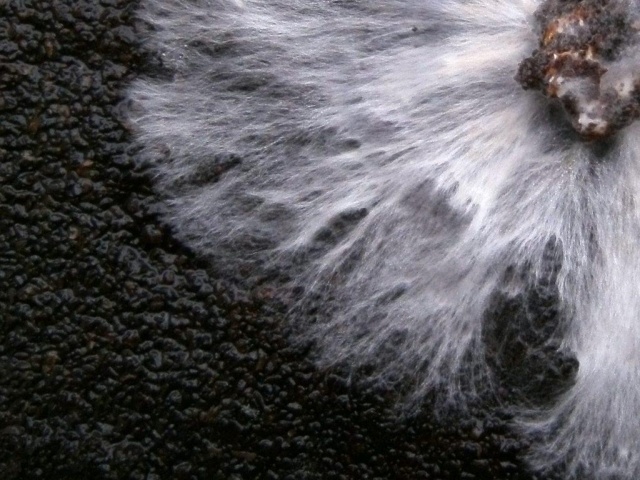 I am abroad and someone asks me what I do for a living. When I tell them that I work in the Netherlands for Sirius, a smartshop, an interesting conversation arises. In the country where I am at the moment, the policy on cannabis is much stricter; your plants are immediately confiscated and you are punishable if you have weed in your pocket. In addition, the illegal sale of cannabis is severely punished. Still, I saw a lot of people around me smoking a joint. "Are there any Growshops here, to buy cannabis seeds and growing nutrition, for example?" I asked. There were indeed such shops, yes. My interlocutor, let's call him Alec, tells me his country is a lot less strict than it was a while ago. As long as you have a plant for your own use, there won't be a problem so soon. Apart from that, weed is and remains a tough plant that suddenly pops up out of the ground even without the intention!

There is also a lot of talk about CBD here and you can get it in certain shops. There are a lot of people who make their own CBD oil, although this process is not without risk: as soon as the THC percentage is too high (as in the Netherlands above 0.2% THC) the oil can no longer be called a CBD product and is therefore in fact punishable. It strikes me that Alec knows a lot about the current legal status of cannabis in his country. He tells me that he sees cannabis as a medicine and has helped a lot of people around him. It turns out he loves the plant and asks a bit jealous how it is in the Netherlands? That you can go into the coffee shop and buy an ounce of Amnesia Haze without any problem, he thinks, is unimaginable. "Although I think I'd rather grow my own plant than buy cannabis in a coffee shop", he says after thinking about it for a while. He can still remember that he thought the weed that a friend had brought for him from Amsterdam was far too strong. Like myself, he is a big fan of delicious organic outdoor weed. He thought it was great that Sirius only sells organic growing food and puts the emphasis on the health aspects of cannabis.

"Can you legally buy LSD in Holland?" He asks. After I assure him that this is not the case, he remains silent for a moment. "But mushrooms you can?"

It is indeed 100% legal in the Netherlands to sell grow kits with which you can grow your own psilocybin-containing mushrooms. The actual mushroom (also called 'paddo' in the Netherlands and Belgium) itself is no longer allowed to be sold.

He has never tried mushrooms himself and he wouldn't know how to grow them himself. "I can talk about growing cannabis, but magic mushrooms? That's totally new to me". I tell him it's really not that difficult, in fact it's even easier than growing a cannabis plant! Growing magic mushrooms is perfect for people who don't have green fingers or are forgetful. You hardly have to look at it, just create a good microclimate so the mycelium can grow and the mushrooms can develop. Furthermore, you actually leave them alone. "Okay," he asks, "but if, for example, you want to go tripping with friends on a weekend, you have to plan very well when your mushrooms are ready. Or can you go to the woods and pick your own mushrooms?" Although you can indeed find psilocybe mushrooms in the wild, it's not recommended to pick them yourself if you don't know about them. The chances of mistaking them for another 'boring, brown looking mushroom' are high and they can be poisonous! By the way, the Psilocybe cubensis mushrooms we sell originate from Mexico, which is why they are also called the 'Mexican Mushroom' in the Netherlands. This species does not grow in our climate nor in that of the country where my conversation partner comes from.

"If you want to have an experience with psilocybin with some friends, it's best to go for Magic Truffles," I recommend him. "We legally sell these in a number of doses, which you can eat right away. They also have different strengths, which are suitable for beginners or advanced users."

Convenient! Alec is impressed. But, he wondered, what's the difference with magic mushrooms? For him, but also for you as a curious reader, I'll list the differences.

Difference between Magic Truffles and Shrooms

When you open a container of Magic Truffles for the first time in your life, you'll probably have no idea what you're actually looking at. No, we're not talking about Chocolate Truffles or the expensive delicacy truffles that squirrels, pigs and some people love so much. Honestly, you don't eat magic truffles for their taste. The small 'tubers' can have colors ranging from brown, beige, greenish to cream and white. Don't forget that we are still talking about a fungus, although they are not mushrooms and they look different. And there is also the explanation why Magic Truffles (also called Sclerotia) can still be sold and mushrooms can't: the legislation states that the sale of mushrooms containing Psilocybin has been forbidden since 2008, but there is no mention of these tubers, which also contain the active ingredients. Magic Truffles therefore give you a psychedelic experience as well. This is thanks to the active substances psilocybin and psilocin (in the highest concentration) and to a lesser extent other substances, including baeocystin. To be honest, Magic Truffles are not that different from magic mushrooms at all and the differences are mainly in their appearance and the way they grow.

Below Ground/Above Ground: Mushrooms grow above the ground. They are the fruiting bodies of an invisible mycelium network that spreads underground. The main purpose of the mushrooms is to spread their 'seeds' (the so-called spores), so that their reproduction is guaranteed. Magic Truffles, on the other hand, are found underground.

Sclerotia form, as it were, a compact energy reservoir for the mushroom. When the environment of the mushroom is destroyed, for example by a forest fire, these underground tubers wait until they have a chance to release their energy and the mycelium has a chance to grow again.

Psychedelic effect: You might hear someone say that Magic Truffles are less psychedelic than magic mushrooms. In fact, this has never been proven and they both contain the same active ingredients. However, the alkaloids in magic mushrooms can vary more in concentration. Because you have large mushrooms and small ones, the amount of active ingredient can vary a lot. Hence it is easy to dose with Magic Truffles, where the amount of active ingredient is much more consistent. Moreover, the portions are already packed in advance and provided with a label that indicates the strength and thus reduces the chance of a miscalculation.

Microdosing: As I mentioned above, dosing with Magic Truffles is easy. Assume that you always have the same amount of active ingredient per amount of Magic Truffle. This way you can also microdose without any problems. It is very important that you always take the same dose and work very carefully. Magic Truffles are one of the safest and simplest ways to microdose. With magic truffles it is important that you dry them and grind them into powder if you want to microdose them. That way you get the most 'even' consistency and you'll be less likely to get surprises!