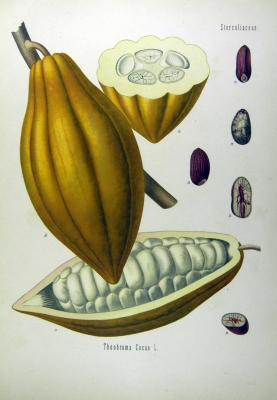 A strong trip with Magic Mushrooms and Cocoa

I am leaving for a deserted island and I am taking with me... Chocolate of course! Or no... better a cocoa plant, so I’m able to keep cultivating my love for this divine delicacy. What would you like to have growing on your deserted island? Cannabis? Or a zillion Magic Mushrooms?

In this blog we dive into the world of chocolate, and its psychedelic link to psilocybin.

So here's the thing about my love for chocolate

I'm not going to beat around the bush: I have a chocolate addiction. It's not disproportionate, I have it under control, yet I sometimes surprise myself at how important it is to me to always have chocolate on hand. Right now I live somewhere in the wilderness, far away from a supermarket. As soon as I get the chance to travel to the nearest town, the first thing that comes to mind is, "chocolate”. It is more important than menstrual pads, shampoo or toothpaste.

My love for chocolate has been ingrained from childhood. At Easter, countless chocolate eggs were devoured. Over the years the chocolate I ate became darker and darker. To be honest, I started to buy dark chocolate because I liked it less. I could easily devour a 100-gram milk bar in one sitting, resulting in regret and an unnecessary sugar rush. Dark chocolate, on the other hand, gives me a feeling of fullfilment after just a small piece, so I need much less of it. At the moment I can intensely enjoy chocolate that is 99% pure. The purer the chocolate, the more health benefits it has to offer and the finer the effect. Because chocolate itself gives you a slight buzz that makes you feel good. But more on that later.

If you're such a sweet tooth that you only like milk chocolate, I can tell you're only enjoying half of the fun. Really!

The history of cocoa

Did you know that the ancient Maya loved cocoa and actually invented chocolate milk? The Mayan civilization began about 2,000 years before Christ (though it may have been earlier) in what is now modern Mexico, Guatemala and Belize.

The Maya viewed cocoa as sacred (I can totally relate) and used it during many rituals and ceremonies.

The cocoa bean was also seen as valuable currency. The Maya had no coins, but mainly traded their goods. For example, corn, beans and tobacco were common means of exchange.

The Latin name for cocoa is Theobroma cacao and literally means "food of the gods” It was the Swedish naturalist Linnaeus who coined the name in the seventeenth century. This name was inspired by the sacred aspects attributed to cocoa by the indigenous peoples of Central America.

There is a mythical story of the Aztecs that links the gods and cocoa. The Aztecs were a people who had their civilization between 1300 and 1521 in present-day Mexico. This story goes as follows:

One of their main gods, Quetzalcoatl, stole a cocoa tree in paradise, which was owned by the sons of the Sun. The god then descended to earth, via a ray from the morning star and gave cacao beans (cacahuatl) to the people of Mexico. Quetzalcoatl taught the women (not the men) how to roast and crush the beans to make a drink that imparted knowledge and wisdom.

So cocoa was also very valuable to the Aztecs. It was said that 100 cacao beans equaled one slave. With 10 cocoa beans you could buy a rabbit.

Eating chocolate is a pleasure. It won't be the first time you put a piece in your mouth as comfort when you are sad. Or you offer your loved one a bonbon, as an appreciation and token of affection.

However, there is more to chocolate than just its taste that makes you happy and joyful. Cocoa contains the substance theobromine (where you can find the Latin name theobroma), which is very similar to caffeine in terms of chemical structure. Cocoa also contains small amounts of caffeine.

Among other things, eating cocoa gives you energy, along with a pleasant, warm buzz. Theobromine causes blood vessels to dilate, so that more blood is pumped to the heart, among other things.

These pleasant psychoactive effects are mainly noticeable with strong cocoa extracts. Personally, I can recommend eating a piece of dark chocolate, or a strong cocoa drink.

Anandamide, the bliss molecule in chocolate and cannabis

This molecule plays into a role in depression, pain perception, hunger pangs, memory and fertility. Anandamide comes from the word 'ananda' and this means 'bliss' in Sanskrit.

Our body contains receptors in various places, which can receive certain specific molecules. When these molecules are taken up, a certain reaction takes place. You can think of the receptors as locks and the molecules as keys. The molecules that fit the receptors are made in the body, but can also come from outside.

An example is morphine: this substance is taken up by certain opiate receptors in our bodies and provides a strong analgesic effect. Later it was discovered that the body itself produces a molecule that is very similar to morphine. However, morphine is many times more addictive than its reflection in the body.

This is also the case with anandamide: This substance is taken up by certain receptors in our body that contribute to a feeling of happiness. In 1988, it was discovered that these receptors take up THC (tetrahydrocannabinol). The body easily absorbs the compound from cannabis through these so-called 'bliss receptors'. The body's own substance that is the key to this was discovered in 1992 by the Israeli scientist Raphael Mechoulam. He and his team christened the molecule 'anandamide'.

Anandamide is produced in parts of the brain that deal with memory and higher thought processes. It is agreed that the substance plays another important role, besides bringing bliss. Also, the substance does not give you the high, which you get from cannabis. This is because anandamide breaks down quickly which means it has a short effect.

Dark chocolate contains three compounds that are very similar in structure to anandamide. There is also something in chocolate that seems to inhibit the breakdown of anandamide in the body. Thus, more of this molecule remains in your system giving you a blissful feeling!

Sirius sells NXT Phase Brown, a smartshop supplement with a highly concentrated pure cacao extract. The effects of these capsules are stimulating and give a pleasant, tingling and warm feeling, thanks to theobromine. 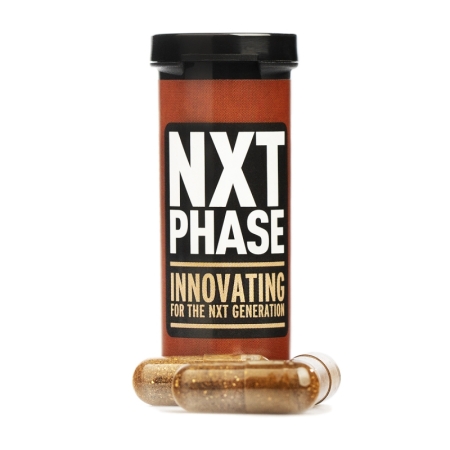 When the Spaniards came into contact with cocoa, they described the effects as very strong psychoactive. Sahagún described the effects as follows: "When one drinks large quantities of this cocoa, especially when it is still green and soft, one becomes drunk, becomes under the influence, becomes dizzy and confused. If one drinks normal amounts, one becomes happy, feels cheerful and refreshed and has motivation. Hence one says 'I take cocoa. I moisten my lips. I refresh myself'."

This description of the very strong psychoactive effects of cocoa indicate its combination with psychedelics. Cocoa was often combined by these indigenous peoples with psilocybe mushrooms, Datura, DMT and many other psychoactive substances. We know this thanks to the various artworks and representations left over after the Spanish conquest, depicting cocoa beans alongside various psychedelics.

Cocoa and psilocybin go well together; the Aztecs and Mayans were aware of this for hundreds, perhaps thousands, of years.

Cocoa has long been known as an aphrodisiac. The Aztec ruler Moctezuma II drank as many as 50 cocoa drinks a day before going to bed with his harem.

Even today, cocoa is associated with sexual pleasure. Perhaps it has to do with the decadence of fat and sugar, and the sensations produced by eating chocolate. The dilation of the blood vessels will also play a role, as it causes more sensitivity and a warm feeling. You can definitely call it sensual.

Love chocolates from the Chocolate Love Factory are sweet, creamy, soft and milky. Not the kind of chocolate I am talking about this blog. Despite the fact that these chocolates will give you a less strong cocoa buzz than NXT Phase or dark chocolate, they have the advantage that they have additional plant extracts added from aphrodisiac herbs. Examples include Damiana, Muira Puama and Blue Lotus. 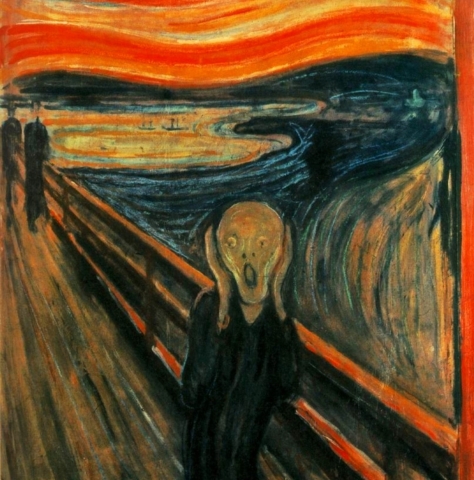 Blog Microdosing Microdosing with psilocybin to tackle your anxiety problem? Read about the benefits and risks We might label ourselves as seekers. Everyone seems to be searching for something. Happiness, fulfillment, meaning of life, to name a few. The searchi [..] 02-06-2021 7 minutes 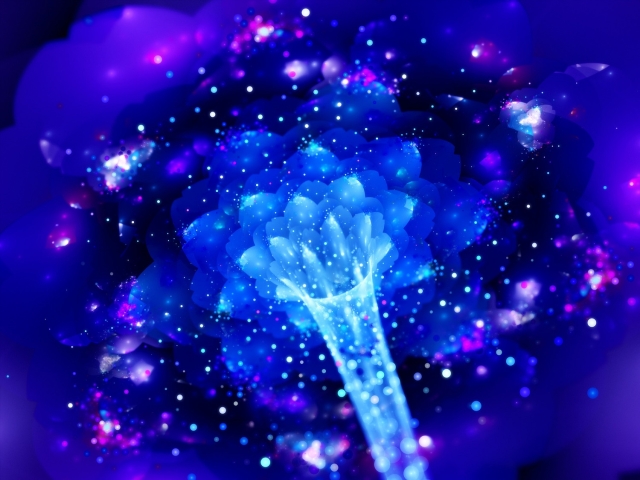 Blog User Reports Lessons from the Teachers I just had my fourth trip experience and am still enjoying the experiences I had there.  A week or two ago I ordered some truffles from Sirius [..] 06-12-2020 9 minutes 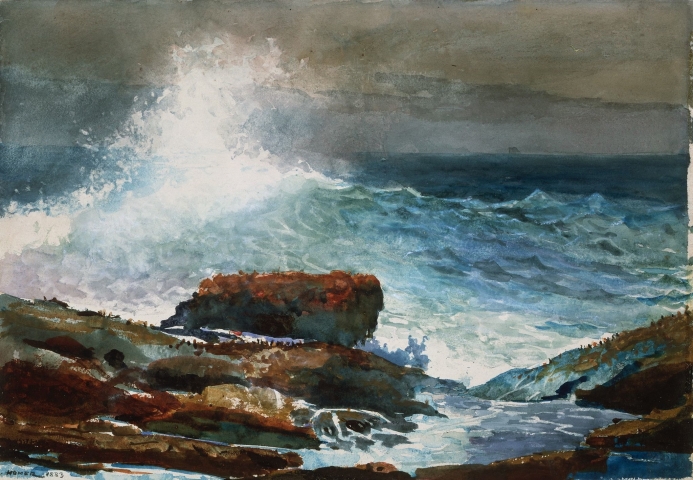