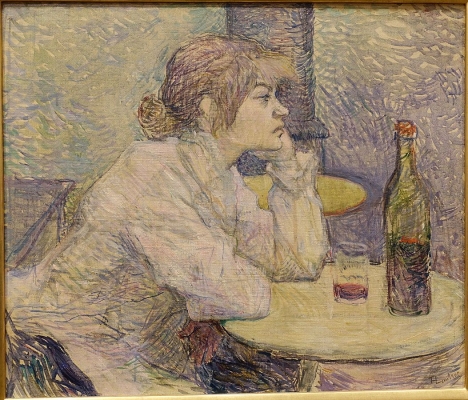 All CannabisCBDHealthMagic MushroomsMescaline CactiMicrodosingNewsOrganic Cannabis GrowingPsychedelicsPsychoactive PlantsSmart ProductsUser ReportsVaporizers
In this blog item
In this blog item How do I recover from an alcohol hangover?Mood Doctor: the best remedy for an ecstasy hangoverRecovering from a hangover with harddrugs like coke and ecstasyCBD capsules for a good night's sleep and recovering from a hangoverWhat drugs are best not to combine to reduce a hangover?Avoiding a hangover? Opt for natural drugs like cannabis, magic truffles and NXT PhaseTripping at a party with magic truffles?Kratom as an alternative to drinking alcohol at a partyAre you looking for drugs? Then check out the smartshop assortment of Sirius
Share:

Suffering from a hangover? These products from the smartshop work best

In the aftermath of New Year, it is quite common for party people to suffer from a terrible hangover. What is the best thing to do against a hangover? Whether you drank too much alcohol, took drugs like mdma or cocaine... the days after a good party are meant to be a good rest and recovery. In this blog, I'll give you tips from Sirius smartshop to quickly feel better again and maybe avoid terrible hangovers in the future by using some smart smartshop products like EZ Tests to test your drugs for purity and choosing smartshop alternatives like kratom and magic mushrooms.

How do I recover from an alcohol hangover?

The most common hangover is from alcohol. Personally, I continue to find it odd that alcohol is so widely accepted and you are considered weird if you don't drink, when in fact alcohol is a hard drug. Alcohol is not particularly healthy, but it is obviously very tasty for many people, which is why it is so popular. Alcohol is so ingrained in society and can be seen as a kind of glue, connecting people in social settings. Alcohol causes a narcotic intoxication. For many of the more anxious among us this is a rather pleasant effect, because at least then we don't have to feel so uncomfortable anymore but can just have unabashed fun.

In large quantities, alcohol can have increasingly negative effects. Some people are prone to negative emotions such as aggression or reckless behavior. Not for nothing many people die an alcohol-related death every year, much more than from illegal drugs like ecstasy.

Mood Doctor: the best remedy for an ecstasy hangover

Mood Doctor is an exclusive product of Sirius smartshop and belongs to the essentials of every partygoer. Specially developed by and for party people. Mood Doctor helps with depressive symptoms that can occur after using xtc. The serotonin shortage can cause a serious dip. Therefore it is very important to support yourself during a hangover with drugs like ecstasy. Mood doctor is a natural food supplement and is also called 'little life savers'. The natural herbal extracts have an antidepressant effect and help tremendously with a hangover. They ensure that serotonin (also called the happiness hormone) in your body is quickly restored. Mood Doctor also helps with sleep problems. 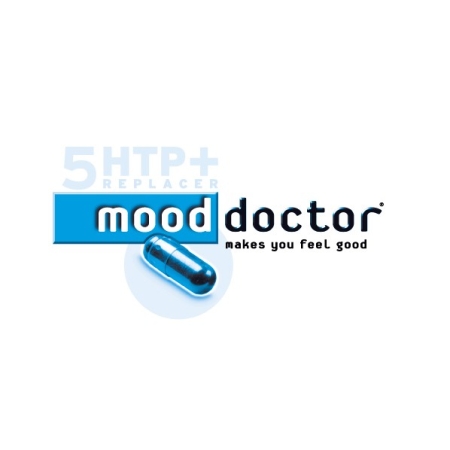 Recovering from a hangover with harddrugs like coke and ecstasy

After C: specially developed to recover from a hangover from cocaine. Harddrugs like cocaine demand a lot from your body and After C helps your body to recover faster from a hangover. Cocaine acts on the reward system in our brains and gives an enormous boost. This can turn you into a speech caster and have energy late into the night. The day after, your body is physically exhausted and mentally you may feel crappy, to say the least. The dopamine in your brain urgently needs to be replenished so that the hangover can quickly pass. After C reduces the harmful effects of cocaine and ensures a less intense hangover. This is partly due to the various vitamins and amino acids that help the body recover from a hangover.

After E: in addition to After C, recovery from cocaine, Sirius smartshop also sells the medicine for a hangover from xtc. Having a hangover from xtc is not a pleasant experience, even though the party was so much fun. An xtc pill contains the active ingredient MDMA. This illegal drug induces a loving intoxication where users can easily socialize and dance for hours. The drug depletes serotonin in your brain and this causes you to feel quite weak and depressed in the days after the party. After E helps to reduce the xtc hangover and get your serotonin levels up faster.

Did you know that CBD can help you recover from a hangover? The compound from the cannabis plant is not psychoactive, does not make you stoned or high, but can provide support to the body while recovering from a hangover. Cannabidiol is the compound from hemp that can provide a calming effect and help with sleep problems. Many stimulant drugs, such as cocaine or speed, make it hard to fall asleep even days after the party. CBD is known among many users as a medicine for sleep problems, so it is recommended to take CBD capsules or CBD oil as an aid to better sleep after taking drugs. CBD could also help balance the body. Drugs can have quite an impact on the state of mind, so a balancing agent like CBD can have a beneficial impact and help minimize the hangover. Buy CBD capsules or CBD oil at the CBD Shop at Sirius. 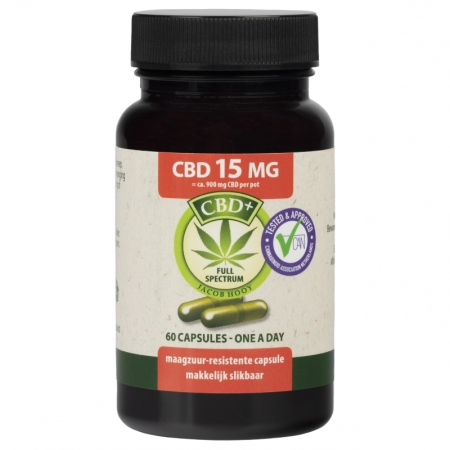 What drugs are best not to combine to reduce a hangover?

Many people like to combine drugs. In nightlife, alcohol holds a prominent place. Many users combine drugs, such as MDMA, cocaine, pills, amphetamines but also often cannabis and psychedelics like magic mushrooms and mushrooms, with alcohol. Did you know that you can often get a very interesting experience by deliberately not drinking alcohol when taking drugs? Not only does this significantly reduce hangovers, it also makes for a more pure experience that does more justice to the drug of choice.

Have you ever wondered why you feel so lousy the days after partying on drugs? One big reason is that you are poisoning your body with substances that are quite unhealthy. Alcohol is the biggest culprit here in causing a terrible hangover. For some people, enough reason to stop drinking altogether. For most of us, however, alcohol is part of life and a party without it (and without a hangover) is almost unthinkable...

Therefore I challenge you: try not drinking a drop of alcohol at a party and instead enjoy natural smartshop products like magic truffles and natural energizers like NXT Phase. 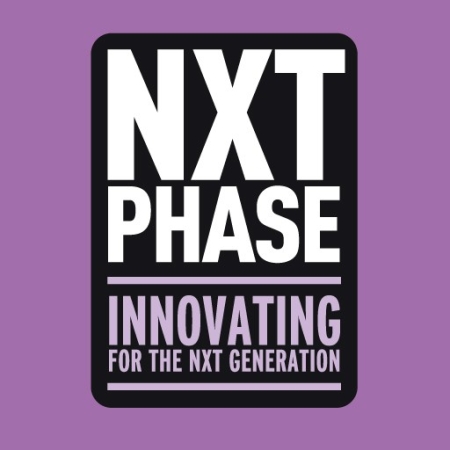 Tripping at a party with magic truffles?

Magic truffles are a psychedelic product of Mother Nature and can provide an intense magical trip. The best environment for a psychedelic trip with magic truffles is quiet at home or in nature. A party can be too crowded with too many stimuli, therefore it is usually not recommended to take magic truffles at a party unless you are an experienced psychonaut.

Kratom as an alternative to drinking alcohol at a party

Did you know that kratom can have similar effects to alcohol? They are both narcotics, although alcohol is much more widely known. Kratom is basically a painkiller with a morphine-like effect. Not only is kratom a popular natural medicine to reduce physical symptoms, it is also a suitable natural drug for a party. Kratom improves your stamina and gives you hours of energy to dance. The interesting thing about kratom is that its effects depend strongly on the dosage, but the species also plays a role.

Sirius smartshop sells different types of kratom, including green, red and white kratom. White kratom has a stimulating effect. Especially in low dosages kratom gives a lot of energy and the possibility to dance for a long time. Not for nothing is kratom in its country of origin (Thailand) deeply ingrained in the culture as a drug to have a lot of energy and to be able to work long hours in the field and suffer less from physical complaints.

High doses of kratom produce a strong sedative and calming effect. The analgesic effect of kratom is especially felt with the red varieties, including Red Maeng Da and Borneo. Kratom can be a perfect replacement for alcohol at a party, especially if you are looking for its sedative effects.

Please note that kratom can have an addictive effect if you use it frequently. Kratom is a natural product and consists of the dried leaves of the kratom tree, which are then ground into powder. Kratom is a natural drug and perfect to use at a party. In high doses kratom has a calming and strong analgesic effect, in low doses kratom gives energy and works euphoric. The day after using kratom you don't have a typical hangover like you do with a lot of alcohol. You may feel drowsy and tired.

Are you taking medication? Consult with a doctor before using kratom.

Are you looking for drugs? Then check out the smartshop assortment of Sirius

Sirius is a smartshop and has been selling natural psychoactive substances for over 25 years. From psychedelic mushrooms, magic truffles, salvia and kratom. Sirius sells a whole range of highly psychedelic drugs, natural energizers and pain relief medications. Sirius also sells cannabis seeds that allow you to grow your own cannabis plants. More and more (young) people prefer natural substances to synthetic drugs such as cocaine, speed and ghb. Want to know what these synthetic drugs do to you? Dive into Sirius' encyclopedia to find out.

from € 3,50   Student Discount In stock Ordered before 16:00, delivered tomorrow
Open Up

from € 3,50   Student Discount In stock Ordered before 16:00, delivered tomorrow
View all products in our category Health
Also interesting Read these too
17-06-2020 7 minutes 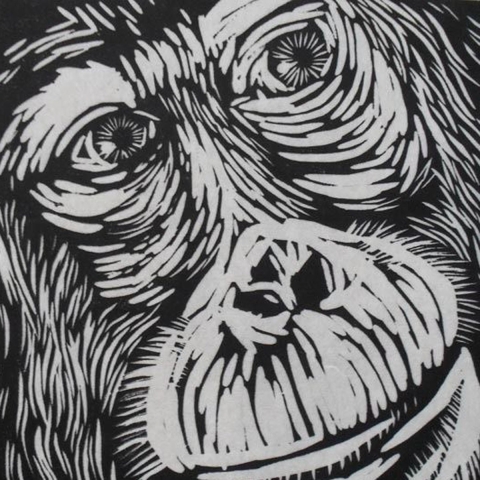 Blog Magic Mushrooms The Stoned Ape Theory Whether you think it's an insult, or a compliment: you look like a monkey anyway. About 5 to 7 million years ago there was an evolutionary separat [..] 31-10-2022 7 minutes 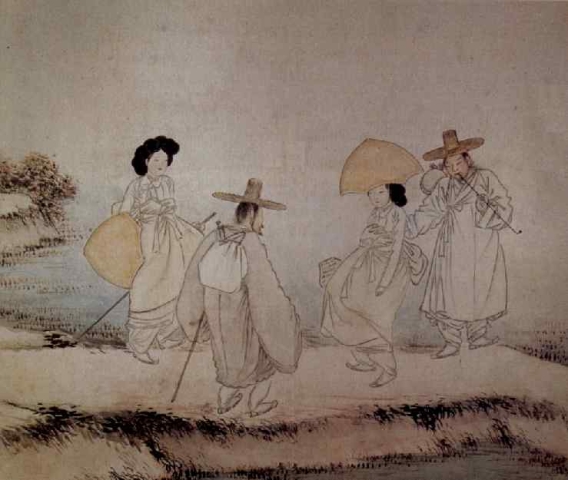 Blog Cannabis Which Bong do you choose? Glass Bong, Acryl, with Percolator and how to use them Using a bong always feels like a party to many stoners. It is a powerful experience where you can get a large dose of delicious cannabis in one hit. O [..] 31-12-2020 8 minutes 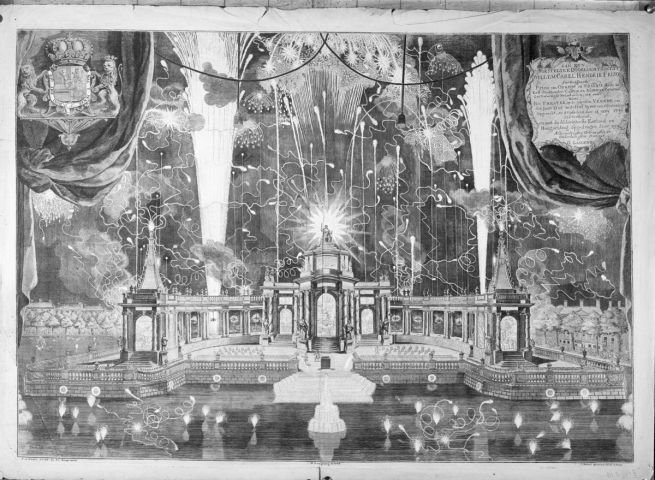