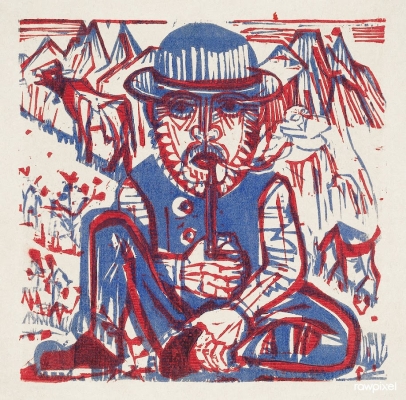 Why every stoner should have a vaporizer

It's good to stay positive, even if you smoke. Negative self-talk won't help you get rid of your addiction. Doomsaying means sinking even deeper into destructive behavior, whereas with a positive attitude you are capable of much. So let's focus on a fantastic invention that helped me as a stoner to quit smoking: the vaporizer.

The temptation of the tobacco industry

Around me, I see it happening every so often: someone is once again trying to say goodbye to the cigarette for good. Although as an ex-smoker I know only too well how difficult it can be, at a certain point my sympathy runs out and I feel the urge to pull the person's ear. Quitting smoking is difficult, but certainly not impossible. And by repeatedly being tempted ("one little cigarette can't do any harm") you get on thin ice and the chances of relapse are 100%.

Are you addicted to cigarettes or joints and want to quit?

The addictive substance in tobacco, nicotine, is not to be taken lightly. It reaches the brain in as little as 7 seconds and causes a mild intoxication, which you become attached to very quickly. Did you know that you can become addicted just as quickly as to the hard drugs heroin and cocaine?

Furthermore, smoking is also incredibly expensive. Over the years, a packet of tobacco costs euros more than it used to. Many Dutch people therefore choose to get their tobacco in Belgium, because it is a bit cheaper there.

Smoking is harmful to health. It costs the healthcare system a few billion euros every year to treat patients suffering from various diseases. Smoking makes users more susceptible to cancer, pneumonia and tooth decay, to name but a few examples.

Stoners often experience a great need to smoke several joints daily. Now, many are not knowledgeable enough about the impact of nicotine on this behavior. Personally, it took me too long to realize that it wasn't so much the weed that made me crave a joint in the morning, but rather the tobacco. Now that I haven't mixed tobacco with my weed for several years, the urge to be high every day is much less. In other words, nicotine is a killer at disguising your addiction.

Choose to roll your joint with a tobacco substitute. There are interesting herbs available in Sirius' Open Up range. How about Damiana, a plant found in Mexico that itself has a slightly relaxing and aphrodisiac effect.

Furthermore, the purchase of the Crafty vaporizer from Storz & Bickel has been my lifesaver in the fight against the tobacco demon. Initially an investment, this high-end model has lasted several years and I've earned it all back. Partly thanks to the fact that a decent vaporizer is incredibly economical and treats your cannabis buds sparingly, plus it has a maximum effect.

How long has the vaporizer been around?

A piece of history that goes back further than you might think. There is something modern about using the vaporizer, as not too long ago it was still cool to smoke. In recent years there has been a huge push for harm reduction and most public places have strict rules about smoking behavior. Young people are less tempted to start smoking on their own, and inveterate addicts are increasingly thinking about tackling their behavior head-on.

We all know by now that it is unhealthy and not very attractive to live with yellowed teeth, stinking breath and jet-black lungs.

With the vaporizer industry flourishing like never before, it's only made it easier for us to opt for this healthy and tasty alternative. But what is the history of this ingenious invention?

If we go very far back in time, we end up with the Ancient Egyptians. Their rituals consisted in part of vaporizing aromatic substances in herbs and oils by placing them on a hot plate. This is not the exact operation of a vaporizer, but it certainly is a great inspiration for today's vape.

Another ancient invention that has influenced modern vaporizer technology is the hookah. This instrument, also called shisha, is used to smoke (fruit) tobacco, hashish or marijuana. Originally the hookah came from India, Saudi Arabia, Egypt and Lebanon. In those parts it has been used for centuries as a means of pleasure.

It wasn't until the 1990s that sweet flavors were added to the smoke, lowering the threshold for young people as well and increasing its popularity. Today shisha smoking is still popular, although it is now known that the use is as harmful as smoking. Tobacco is still used and the hookah burns a large part of the material.

Invention of the vape

In 1963, the American scientist Herbert Gilbert brought a new product on the market, which can be considered the very first vape and had the goal of offering a non-smokable alternative to the ordinary cigarette.

At that time, cigarettes were still approached in a very positive way and it was completely normal to take a puff in public (even in a classroom). No one was interested in a device that allowed you to vaporize different flavors. The patent Gilbert had on his invention eventually ran out, as no company saw potential.

Many years later, in 2003, another precursor to the modern vape hit the market. This time in China, where a pharmacist was looking for a way to help people quit smoking. He devised a device that was discreet and had the same appearance as a regular cigarette, but produced vapor instead of nicotine smoke. In fact, this was the very first e-cigarette ever.

In no time, this product became super popular and spread from Asia to Europe and America. Because the device had some shortcomings, it still wasn't the complete lift-off from the vaporizer craze.

Meanwhile, in 1996, someone in Europe was developing a vaporizer model. Graphic designer Markus Storz was working on an advanced herbal vaporizer in Germany. A few years later, in 2000, the first version of the Volcano came on the market. This set the tone for vaporizers that do not work with a liquid, as is the case with e-sigaret.

Also interesting: "The Volcano Hybrid Vaporizer: here's what you need to know"

Advantages of a vaporizer

As I wrote earlier, a positive attitude is very important when you want to quit smoking. On the other hand, it is also important that you really open your eyes to the harmful effects of smoking. You can definitely get sick, or do permanent damage to your body by smoking. So press your nose to the point, but also be guided by positive news, such as the many benefits of vaping.

Here's a list of reasons why every cannabis enthusiast should make the switch:

You save money. Maybe it sounds crazy at first, because a decent vaporizer costs something. Count on an average of 250 euros if you want to go for a fantastic handheld model and even higher if you want to go for a tabletop model, like the Volcano for example. Keep in mind that a gram of weed can easily cost between 10 and 20 euros in the coffeeshop and that with a vape you need to use much less to create the same high than when rolling a joint. Your vape extracts all the active ingredients from your cannabis, so a fraction of what you use in an average joint already provides a pleasant effect.

No excessive cannabis smell. In principle you can even vape indoors, without your entire house being permeated with the aromas of ganja in no time. Also, fabrics and carpets will not yellow and smell terribly like stale tobacco.

Your health comes first. We live in a time when we are confronted even harder with our mortality. The corona crisis shows how anxious we are about getting sick and how we let the smallest things drive us crazy. By replacing your cigarette with an herbal vaporizer, you show that you are smart enough not to intentionally harm your health. That way, you'll save yourself a lot of trouble.

Honoring Cannabis. Using a vaporizer allows you to develop a refined nose for cannabis. The active substances in cannabis are optimally utilized and not burned, allowing the effect, taste and aromas to reach their full potential.

Enjoying terpenes, cannabinoids and flavonoids. In addition to THC and CBD, cannabis contains numerous other active ingredients that can have a beneficial effect on your health, both physical and mental. The vaporizer makes it possible for these substances to be absorbed quickly and effortlessly, including through the endocannabinoid system.

Which vaporizer do you choose?

Need help choosing the right vaporizer? Don't worry, the knowledgeable crew at Sirius will make time for you. Would you prefer to visit one of our physical stores in Maastricht or Roermond? Be surprised by the wide range and best prices of quality vapes. With of course excellent assistance from our shop managers.

Outlet € 99,00 List price € 149,00 Temporarily competitively priced
You save 34% Not in stock Possibly in stock in one of our shops
View all products in our category Vaporizershop
Also interesting Read these too
18-03-2020 5 minutes 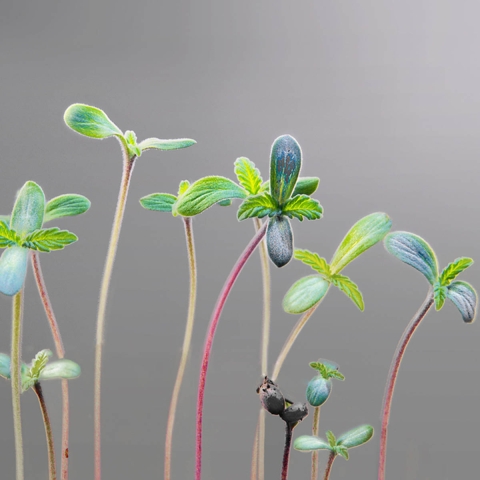 Blog Organic Cannabis Growing Which cannabis seeds do I choose? If you've never grown weed before, it's smart to read in and gather information to ensure the success of your first harvest. Of course you' [..] 04-06-2018 10 minutes 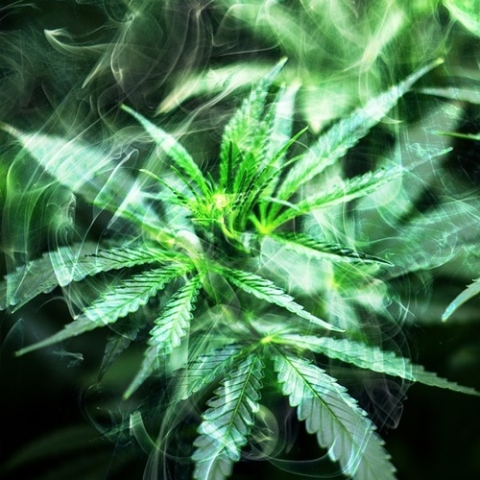 Blog Organic Cannabis Growing Germinating Cannabis seeds: FAQ You can germinate your cannabis seeds in different ways. Of course you want to cultivate beautiful, healthy plants. This is possible by using the righ [..] 26-02-2022 8 minutes 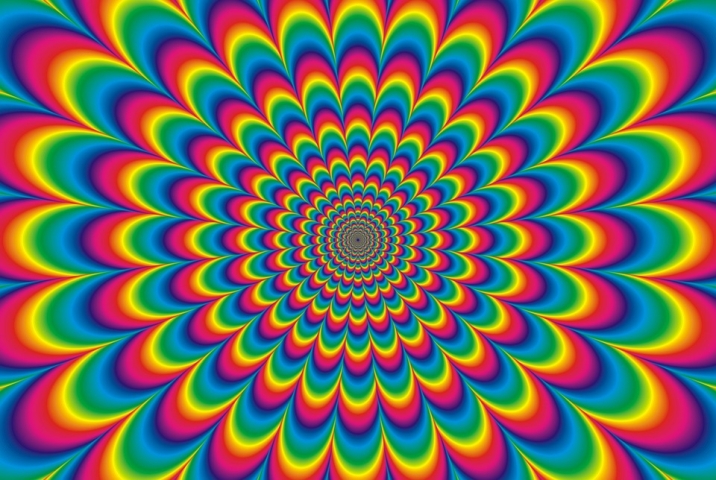