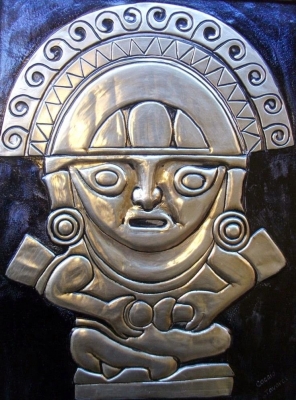 About every 29th day the full moon is in the sky. Whether it spreads the reflected light brightly over the earth, or hides behind a thick cloud cover, its influence on life on earth is great. Man has known this for centuries, yet we often forget it. After all, we are further removed from nature's cycle than ever before. With artificial light, light pollution and electronic equipment, among other things, it is easy to deviate from the rhythm of the natural elements.

I was lying tossing and turning in bed and couldn't understand why it was so difficult for me to fall asleep. There was nothing for me to worry about, I didn't have an exciting exam the next day or anything like that. I also hadn't had coffee before getting into bed. Yet there seemed to be something hanging in the bedroom that disturbed me, or something came pouring in through the open window... When I pushed the curtain aside, the full moon seemed to look at me like a blinding eye. "Again," I thought. Slowly but surely I began to realize that the full moon has a great influence on my sleep, something I never took seriously before. Certainly, as a child I had heard and read countless stories and fairy tales, in which the full moon played a certain important role. The character Remus Lupus, the teacher of Harry Potter, who as a child was locked up every month in a cave, where he transformed into a werewolf. This was as true as Hogwarts really were, so it was just a good story, a fabrication I didn't have to lie awake from. And yet I couldn't sleep!

When I started talking about it with others, I discovered that a lot of people seem to have sleep problems, for a variety of reasons. Pain, worries, depression, too much coffee... The full moon came less to the fore as a cause and sometimes I was looked at a bit strangely when I confessed that this was my reason for sleeping badly.

Yet the moon has a great effect on the ups and downs of our earth. This small celestial body attracts the earth with its gravity. It is 81 times lighter than Earth and usually circles around our planet. To be very precise, both celestial bodies orbit around one and the same common centre of gravity and in this way keep each other in balance. The moon always pulls a little bit at the earth and is pulled towards the earth itself. Yet they never collide! One effect of this tug-of-war is the phenomenon of ebb and flow: the force that causes the water to rise or fall twice a day. The moon's force of attraction causes the water to be pulled either in her direction or in the other direction.

Did you know that different religions have based their calendar on the full moon? For example, there are several traditional feasts based on the phase of the moon. In Christianity, Easter is celebrated on the first Sunday after the first full moon in spring.
The Islamic era is slower than the Gregorian era. This is because they follow the lunar cycle in their calendar. The Chinese calendar is also a lunar calendar: the midlands festival and lantern festival both fall on full moon.

In Switzerland, a study investigated the influence of the full moon on sleep behavior. 33 participants were studied during their sleep for a few days. The researchers monitored brain activity, hormone fluctuations and eye movements.

The night of the full moon the participants fell asleep on average 5 minutes later and woke up some 20 minutes earlier. Their melatonin levels also turned out to be lower than normal. Melatonin is a hormone that regulates the sleep rhythm. By the way, the research took place in a laboratory without windows. "The lunar cycle seems to influence human sleep, even if one does not 'see' the moon and is not aware of the actual lunar phase," says scientist Christian Cajochen in Current Biology. Also striking: the research was not originally intended to study the influence of full moon on sleep behavior. Only afterwards did the scientists conclude that they could also use the information from the research to gain more insight into this. This makes it clear that both the participants and the researchers were not influenced by this approach beforehand.

This small-scale research makes another contribution: the mystery of the full moon is far from being solved, and perhaps it will remain so. At the moment, the guesswork for scientists remains: could it be possible that we used  to be more wary of predators at full moon and therefore slept less deeply?

In 2011 the scientific journal Plos ONE published a study in which the influence of the full moon was investigated in an area where artificial light does not play a major role. It was concluded that lions were less able to catch prey due to the light of the moon and were therefore extra hungry in the following days. Hence there was a greater chance that a human would be attacked by such a predator the nights after the full moon. Could this be a scientific explanation for the myths about full moon and animal behaviour?

Mother Moon, or Mama Killa, was the goddess of the moon. This beautiful feminine apparition was honored for her positive influence on the earth and her beauty. She belonged to the most important divine apparitions, after Inti, god of the sun (who was also her younger brother and husband) and Illapu, god of thunder. Some, however, mainly tribes on the coast, found Mama Killa to be the most important deity. She was the mother of Manco Cápac and Mama Ucllu, the mythical creators of the Inca empire and their culture.
Mama Killa was the goddess of feminine power, marriage and menstruation. She was also seen as the goddess of time. The calendar of the Incas is also based on the lunar cycle.

According to legend, Mother Moon was a beautiful woman and a fox fell in love with her. He ascended to embrace her, but he was pressed so hard against the celestial body, that he crushed and caused the dark spots, which can be seen from the earth.

Mother Moon could weep tears of pure silver. She had her own temple in the city of Cuzco, where disciplined priestesses served her. During a lunar eclipse the Incas were anxious: the moon goddess would be attacked by a predator, a mountain lion or a snake. In order to help her and chase the animal away, all the people made as much noise as possible and threw weapons at her. If the moon stayed away, the whole world would be shrouded in eternal darkness.

Did you know that many herbs that might be used regularly are best picked at full moon? Also magic mushrooms would be best picked in this period according to the traditional method. Just as with ebb and flow and the moisture in our own bodies (think of menstruation), the juice flow also plays an important role with plants. According to traditional customs, the full moon has a strong effect on the life of plants and their maximum strength can be exploited by picking them right now. For thousands of years, our ancestors took into account the position of the moon, the sun and the stars. When I consider the moon's attraction to my own body, I don't find it so strange that my cannabis plant also feels the strong presence of the moon. Although the plant of course also follows its own cycle, it is certainly worth trying to set your harvest to the full moon.

Meanwhile, I still sleep badly with a full moon, seem to have stronger emotions and more easily irritable. I myself believe it is good to experience this tidal wave as pure as possible. If it's too intense, there are natural means that can be supportive. As a tip, I recommend drinking Valerian tea, which helps me to calm down very well. A nice joint with CBD weed is also recommended! Try for example Tatanka Pure CBD, preferably harvested of course, with a full moon!

from € 10,00 Student Discount Collect 2 Spacemiles In stock Ordered before 16:00, delivered tomorrow
View all products in our category CBD Medical
Also interesting Read these too
19-03-2021 7 minutes 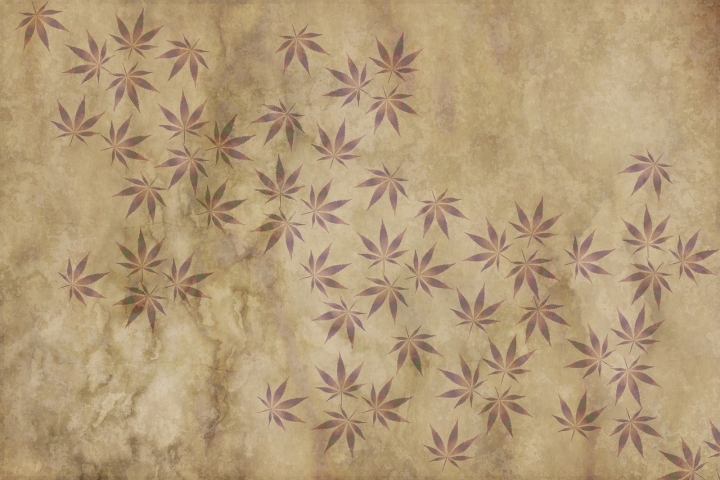 Blog Cannabis Tips for the best cannabis plants in 2021 We are in the year 2021! A year in which people will hopefully continue to be committed to our planet earth. While I believe that the governments, pre [..] 18-01-2022 8 minutes 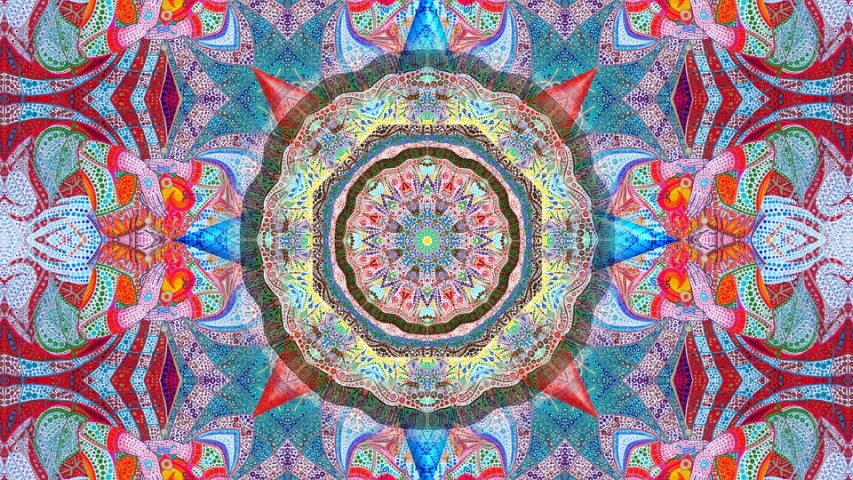 Blog Psychoactive Plants LSA vs. LSD: what are the differences in psychedelic trip? Have you ever tripped on the LSD? The effects of LSD are similar to those of LSA, but what exactly the differences are I will explain to you in this b [..] 18-06-2020 7 minutes 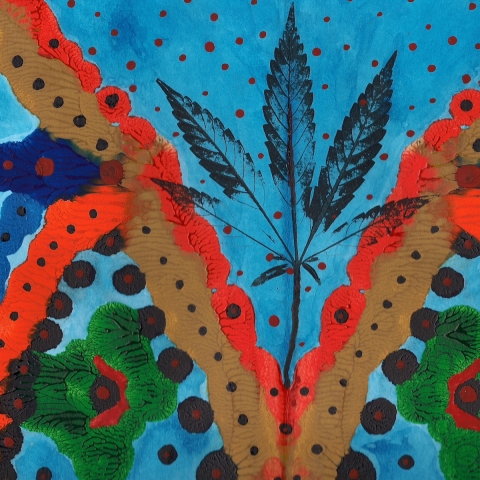