Kanna, also called Kauwgoed (‘chew good’), is a succulent plant from South Africa and has been used here for centuries by locals for its interesting properties. Its use goes back as far as pre-historic times, when hunter-gatherers used to roam the land. Other names are Channa and Kougoed. These are the African names, which the San Bushmen gave them. Her Latin name is Sceletium tortuosum.

It is a substance that was originally taken as a means to chew (hence the name). Parts of the plant were left to ferment and dry and then chewed. In this way, the active ingredients were released through the salivary glands. In 1662 the first written mention was made of the use of kanna by Jan Van Riebeeck. Van Riebeeck arrived in Cape Town ten years earlier to do business as a trader. He traded with bushmen and got sheep and kanna. His successor Simon van der Stel, the founder of the city of Stellenbosch, wrote about the use of kanna and the 'curious, stimulating effect it had on the Bushmen'. Places where the use of kanna occurred were Namaskwaland and Little Karroo.

Nowadays, the medical world is also interested in the use of kanna and there is a pharmaceutical drug called Zembrin, which is used as a plant medicine for stress and anxiety. 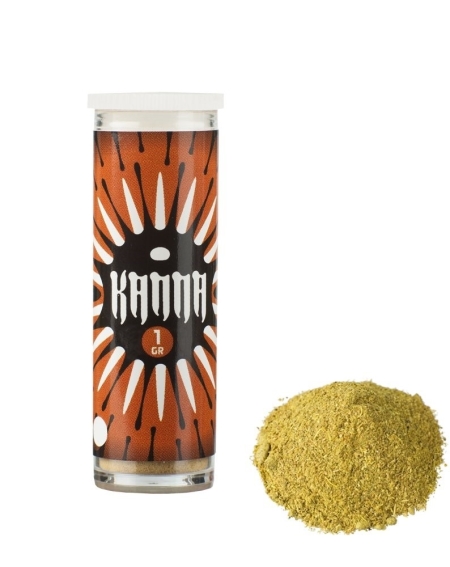 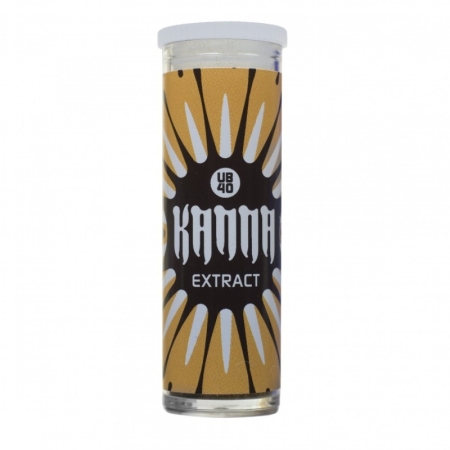 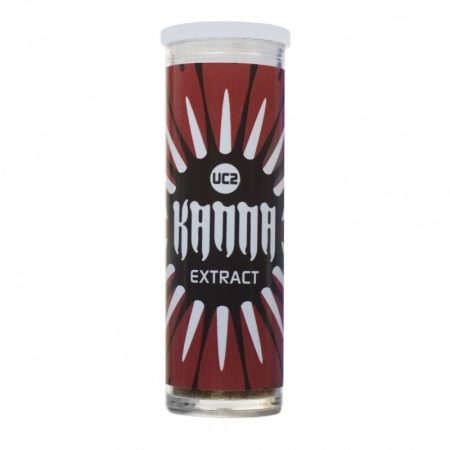 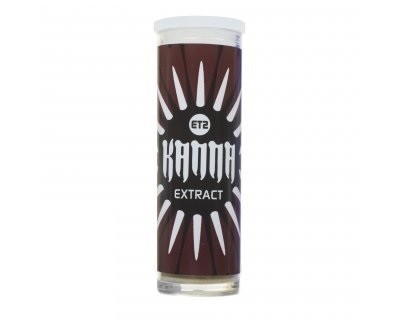 Kanna possesses several interesting properties, which contribute to improving the mood, energy level and libido. According to different user experiences, the effects of kanna can be compared to MDMA. However, MDMA has a different mechanism of action: MDMA causes the body to release more serotonin, while kanna blocks the reuptake of serotonin. It does this by binding to serotonin vectors and temporarily inactivating them. Furthermore, kanna also acts on the cannabinoid receptors. These receptors are part of the larger cannabinoid system, a physical system that plays a role in several important mechanisms and can be compared to the immune system. Cannabinoid receptors take different cannabinoids to help the body balance its appetite, mood, and sleep rhythm. Since kanna acts on these receptors, the sedative and euphoric effects are explained.

Effects can be: a warm, euphoric feeling, an open attitude towards the world, increased speech, increased energy but at the same time a certain relaxation, a more intense sensitivity to touch. Often in the beginning there is an increased alertness and a greater energy, which then turns into a more sedative relaxation. It is often said that you can start hallucinating from kanna, but this is a misunderstanding. Probably once there was confusion and kanna was compared to another psychoactive plant. At higher doses certain side effects can also occur, such as nausea or dizziness usually fading these effects.

Bushmen from South Africa used kanna as a way to increase alertness and suppress the feeling of hunger. They also saw kanna as a way to relieve depressive symptoms and reduce stress. Furthermore, evidence has been found that both the Khoi and the San Bushmen used Kanna as a spiritual medicine, as a way to achieve certain visions. A more than two hundred year old description goes as follows:
‘Their animal instincts were aroused, their eyes shone, and their faces shone with laughter and excitement. Thousands of great ideas sprang up, and a jolly mood made them enjoy the simplest things'.

For many psychonauts, the stimulating effects of kanna are used when going out, as a way to get in a good mood and as an alternative to synthetic drugs such as MDMA and cocaine. Kanna is a natural drug but has strong effects and is recommended for users with experience.

Kanna is also used as a way to intensify sex. The MDMA-like effects can make certain sensations even more pleasant and enhance the orgasm.

Kanna contains certain alkaloids that improve mood and have an antidepressant effect. These substances act as serotonin reuptake inhibitors and have the same effect as SRRI antidepressants such as Prozac. The alkaloid much talked about is mesembrine. This substance is found in the stem, leaves and flowers of the plant. Mesembrine has the property of keeping the neurotransmitter serotonin longer in the brain. Serotonin is of vital importance and plays a role in mood, among other things. People with depressive symptoms or an anxiety disorder are associated with an imbalance in their serotonin level. Kanna also contains the substances mesembrenone and tortuosamine, which also ensures that serotonin remains available in the body longer.

Ways to use kanna

There are several ways you can use kanna. Each method has its advantages and enhances certain properties of kanna. For example, smoking or vaporizing kanna can have a more euphoric and at the same time relaxing effect, while drinking tea has a milder sedative effect. Sniffing kanna has a very fast action and usually gives a dose of energy and alertness.

The original way to use kanna is to pick the fat plant and chew it after fermentation. However, there are other methods that make the active ingredients available. A popular method is sniffing a kanna extract. Sirius sells extracts in powder form of different strengths.

A vaporizer can also be used to vaporize the UB40 extract. If you put kanna powder in your vaporizer, it is wise to first put a layer of dried herb in the chamber of your vape. Sprinkle the dose of kanna over this and put some herb on top. This prevents the powder from clogging your device. Set your vaporizer to 188 degrees Celcius to vaporize the active ingredients.

To get closest to the traditional way of chewing, put a dose of powder together with a chewing gum in your mouth, and swallow the saliva, in order to slowly absorb the active ingredients. In this way it takes longer for the effects to become noticeable, than when you snort or smoke it (they become noticeable within three minutes). Chewing kanna makes the effects last longer, about two hours. When snorting kanna, effects last for an average of thirty minutes.

Of course the dose depends on the strength of the product you use. Sirius sells different kanna products, for example extracts with different strengths. ET2 is seen as a powerful extract where you only need 15 to 20 mg to get the effects. If you have no experience, always start with a low dosage.

A powder of the coarsely ground plant material gives milder effects and can be smoked or used as a tea. In the form of tea you'll have a somewhat weakened experience, this can be suitable for novice users who first want to get acquainted with the effects. Of course this is also due to the dosage. Between 200 and 500 mg of dried plant material can be used to make a cup of tea. Higher doses are also possible, up to two grams. However, it is possible that certain side effects occur, such as dizziness or nausea.

Traditionally kanna is often used together with 'dagga', or cannabis. According to several users the two plants go very well together and have a synergistic effect with each other. The San bushmen from South Africa already knew about this.

As mentioned earlier, kanna has the property of SRRIs (intellectual serotonin reuptake inhibitor), such as Prozac. This makes it dangerous to combine this product with certain other substances such as antidepressants, MAO-inhibitors (such as Syrian rue and Passionflower). Always consult a doctor in case of doubt.

Although kanna is a relatively safe product, it can have strong effects. Stick to the recommended dosage and allow sufficient periods between uses.